Uzbekistan : 12012 Bustleton Ave, Philadelphia, PA 19116
Central Asian / Eastern European cuisine. Dirt cheap. Everything tastes like it was made by an old lady with a babushka.

Heavy on flame grilled kebabs and dumplings. Tandoor breads (but very leavened and fluffy.) BYOB. Service is very Soviet-era friendly (ie. NOT) by attractive young blonde Russian girls (who insists on speaking humorless Russian even though we had no clue what they were saying.)

Food was served in courses, hot out of the kitchen, each one more flavorful than the next. $50 between two, having eaten 3X more than we should have. 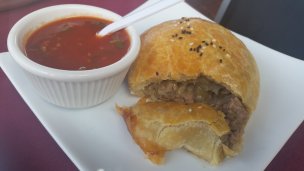 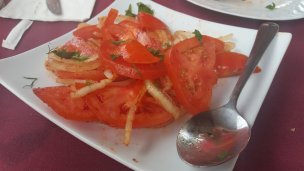